The ultimate way to see and be part of the bush! 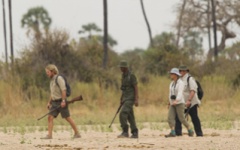 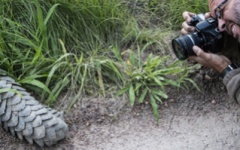 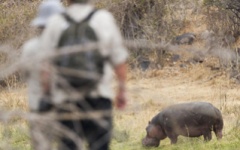 Walking safaris are, for many that regularly return to Africa, the ultimate way to experience the bush. While countries such as Zambia and Zimbabwe tend to steal the limelight for their walking itineraries, Tanzania does also, in fact, have some very good walking safaris and, when the troubles in Zimbabwe happened many of the top guides from there headed up to Tanzania to ply their trade and thus raised the bar as far as what you can expect.

The main area to consider for a walking trip is the southern park of the Selous Game Reserve. As a Reserve rather than National Park, the regulations are slightly different than in more famous parks such as the Serengeti but, with a vast range of different environments and topographies that the park comprises, there is plenty to keep you interested for anything up to a week.

Located to the west of the Selous Game Reserve, Ruaha National Park is the perfect foil to the Selous, with its open grasslands and baobab forests. while it may not offer as wide a spread of differing climes, it is still a very rewarding place to walk and, with camps such as Mwagusi, there is an exceptionally high level of guiding to be had.

Over the last year or so the Tanzanian Parks Authorities have realised the potential of allowing walking safaris, as such, it is now possible to walk in such parks as Tarangire National Park, Lake Manyara National Park and in some of the fringe concessions that border the Serengeti. With great game viewing and a high level of guiding, it may not allow for days on end of walking, but it can still add to the overall experience.

When to go on Walking Safaris in Africa:

One of the largest designated game areas in Africa, Nyerere National Park (formerly the Selous Game Reserve) is approximate two and a half times the size of Wales and is truly one of the last frontiers in Africa, with game roaming freely and unimpeded throughout. The main focus for the safari...