The best time to visit Tanzania... 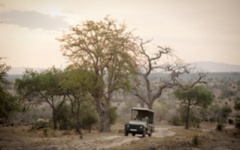 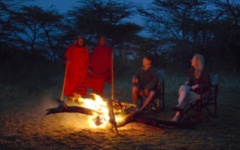 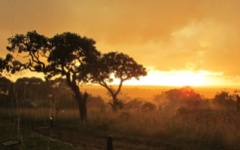 Tanzania features some of the best year round climates of any of the African safari destinations. The main dry season runs from June until the middle of November when the weather is dry and temperatures hit the low 30s. The short rains of late November and early December bring humidity to the country until the long rains of April and May clear this out again. Game viewing is, arguably, at its best between June and November and again from January until April. Below is a breakdown for the various months and where to visit during them.

Loosely speaking, the best time to visit the Serengeti National Park is more about the best times to see the wildebeest herds when they are stationary, than about the weather. From June to October the wildebeest herds are located up in the northern part of the park, crossing the mighty Mara River and spilling over into Kenya. From December to March they have moved down to the southern grasslands around Lake Ndutu and are giving birth to their new calves. Seasonally, the June to October window coincides with Tanzania’s dry season with temperatures at a regular 30 degrees and minimal rainfall. In the December to March window, the country is relatively clear of rainfall but the humidity pushes temperatures to feel more like 35/40.

In between these periods, from November to mid-December and again, from late March to late June, the herds are on the move, either north or south and so become harder to locate and so reliable for game viewing. These are also the periods with the most rainfall in the country with the ‘short rains’ in November/December and the ‘main rains’ in April and May. This is not to say that these are not still good times to head out here (especially the April/May period as there are far fewer tourists and, as such, you can feel like you have the place to yourself) but you take a risk on the game locations.

When to visit these other Northern Tanzania parks is often dictated by when you prefer to visit the Serengeti but, in the main, all of these parks are good throughout the year but truly excel in the dry period between June and November. Tarangire National Park, in particular, has become famous for the large herds of elephant that arrive into the park in June and stay until the end of October. Out of this window the game is still good but, be warned, the tsetse fly and bush density can mar the experience somewhat.

Often referred to as the ‘Southern parks’ these two parks compliment each other very well as far as the topography and game viewing is concerned. Where they are both riverine parks, they both really excel in the dry months between June and November, when the game is condensed around the main rivers. The rainfall is minimal and the temperatures around the 30 degree mark during the heat of the day.

Outside of this period, the game can be a little more spread out and, in the case of the Selous, the bush can become much denser. This being said, these are months when there are far fewer tourists and, as such, a sighting can be all the more intimate and special. Between November and March the temperatures in both parks start to rise as the humidity increases and the winds drop meaning temperatures of 40 degrees are often reported. The parks effectively close for the months of April and May as it is no longer possible to land the small planes that serve the properties.

The ‘Western parks’ of Katavi and Mahale are only really considered by most in the dry season months between June and November. In the case of Katavi, the game viewing in this period is amongst some of the very best in Africa and, outside of this period, becomes difficult at best. Mahale and the chimpanzee tracking is less susceptible to the seasons and so, where June to November are the peak months to head here, we regularly recommend the second, but more humid, dry period between late December and March as well.

Best time to visit Zanzibar and the Tanzanian Coast

The coastline of Tanzania is a year round destination and, with somewhere like Zanzibar having a different climate on the Eastern and Western sides of the island, guaranteeing the weather can be a little fraught. Generally speaking, the peak period to visit is between June and November when the Kusi (southerly) trade winds blow and the sun shines daily. In November the winds change direction and the Kaskazi (northerly) blows and the humidity increases until the April rains arrive to clear things out. As we say, you can head to the beaches of Tanzania and Zanzibar throughout the year and are likely to have consistently hot weather with the occasional smattering of rain during the short and long rainy periods.

We currently have no content for this heading. Please view the other headings for more information.

Where to go in Tanzania:

One of the largest designated game areas in Africa, Nyerere National Park (formerly the Selous Game Reserve) is approximate two and a half times the size of Wales and is truly one of the last frontiers in Africa, with game roaming freely and unimpeded throughout. The main focus for the safari...

Again, one of the staple attractions on the northern “circuit”, Lake Manyara National Park adds something different again to the mix. Where the Serengeti is known for its huge skies and wildebeest, and the Ngorongoro is known for the views, Lake Manyara is a superb example of what the Rift valley...

Mount Kilimanjaro, at around 6,000m towers over the plains of Eastern Africa and is one of the most iconic volcanoes in the world. As Africa's highest peak it is always on the lists of those visiting the continent that are keen on walking and mountaineering. The slopes themselves are fairly...